Elizabeth Tilton confessed to her husband Theodore that she and their pastor the Rev. Beecher, were involved in an affair. In order to keep knowledge of the affair private, Frank Moulton, friend of Theodore, brokered the Tripartite Covenant, swearing Theodore Tilton, Beecher, and Henry Bowen (who had been told of the affair by Tilton, his editor at The Independent) to secrecy. For years, the cover-up worked. Bowen continued to work with both and to attend Beecher’s church. 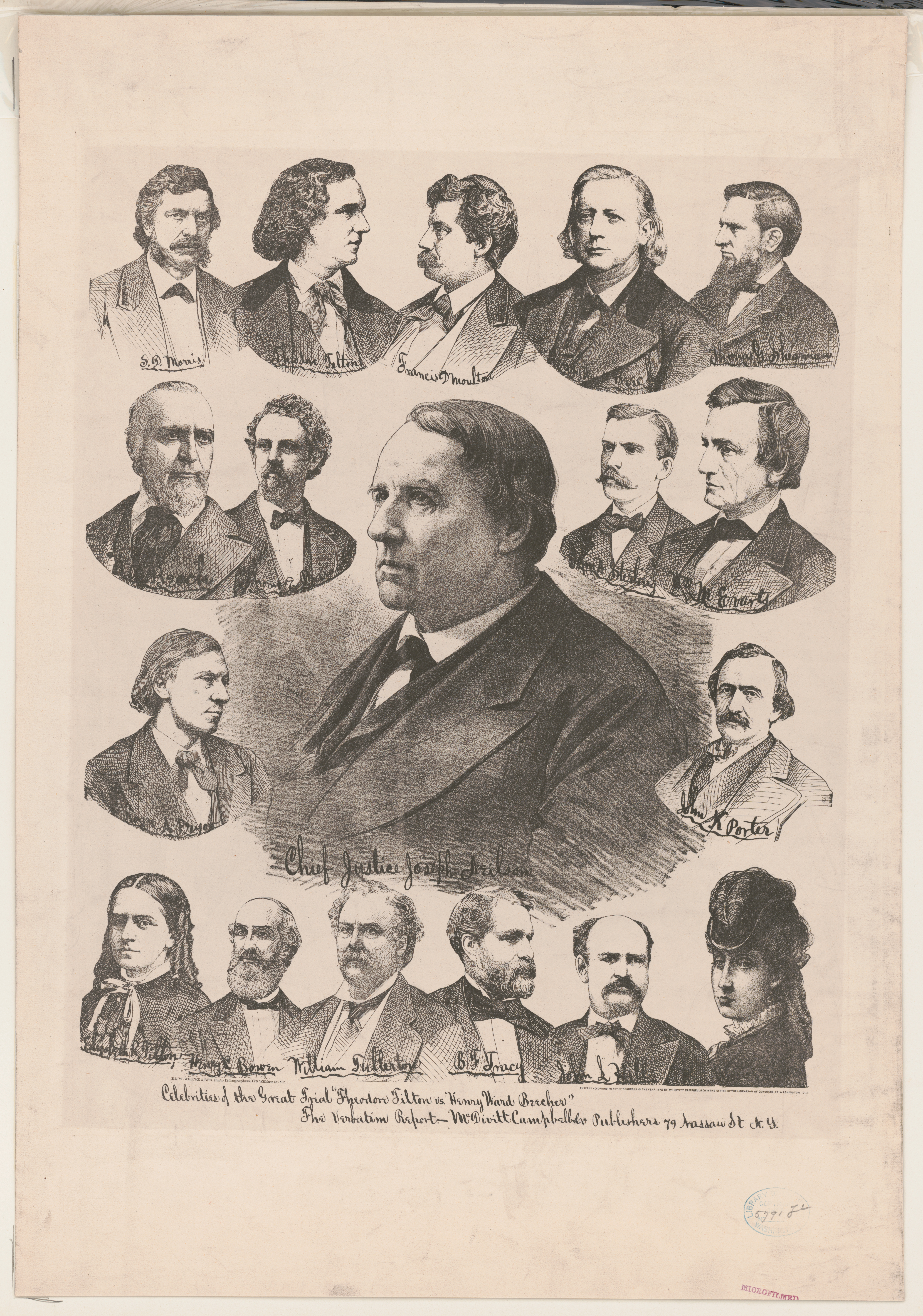 Enter Victoria Woodhull, proponent of Free Love. Fed up with Beecher’s hypocrisy and tired of his attacks on her from the pulpit, Woodhull, who had learned of the affair from Theodore Tilton, revealed the scandal in her newspaper in 1872. In her opinion, Beecher should preach what he practiced.

After a church investigation which exonerated Beecher despite damning documentation including his own letters, Tilton was excommunicated from Plymouth Church. This was the last straw. Tilton sued Beecher for “criminal conversation,” or adultery.

The Beecher-Tilton case came to trial in January 1875. Although Elizabeth Tilton’s reputation and future life were at stake, she was not a party to the litigation, nor was she allowed to address the jury. The trial lasted for six months, and resulted in a hung jury.

Bowen’s willingness to participate in the cover-up, or Tripartite Covenant, made him look like a hypocrite. Elizabeth Cady Stanton theorized that he was protecting financial interests of his newspaper, where Beecher’s column and sermons appeared. It is also possible he was protecting his beloved  Lucy, who, her father Lewis Tappan reportedly stated, had confessed on her deathbed to an affair with Beecher.

After the celebrated trial, which resulted in a hung jury, Beecher retaliated by initiating a highly public church trial where Bowen testified that he knew Beecher to be “a libertine and a seducer.” Bowen was excommunicated for his role in the proceedings, causing a public and venomous break with Beecher, the man whom he had brought to prominence in the church he had helped to found.

With the tumult of the Brooklyn scandal, Woodstock and Roseland Cottage became even more important to Bowen as representations of his personal success and values, and as a refuge from public recriminations.