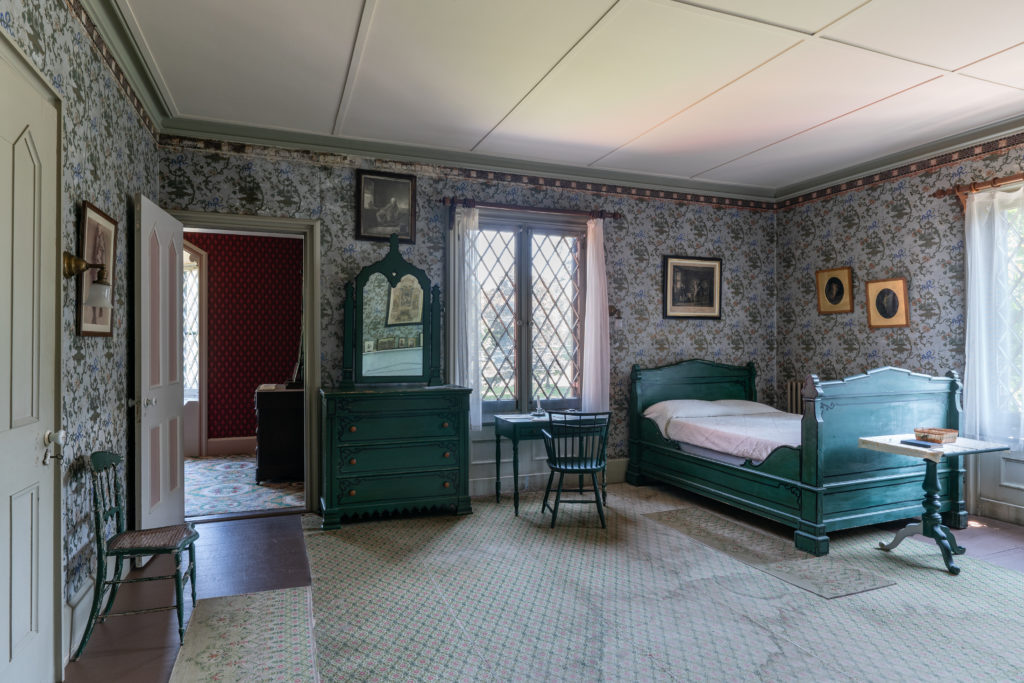 When the house was built, this bed chamber was probably Henry Bowen’s—it’s on the front of the house and overlooks the garden, and attaches to what was probably his office initially, but is now a bath. We call the room “Ned’s” because we know that Edward (Henry’s and Lucy’s second child), or Ned, as he was called, retired at twenty-six after a number of successful business ventures and a very successful career as a stock broker, and came back to Woodstock and Roseland Cottage to live. This was the room he used. It may have been Ned who painted the furniture green. We associate the room with the Bowen sons, who were avid sportsmen, and encouraged in that by their parents. After all, time outdoors engaging in physical activity was one of the main reasons to spend summers in the country. For more information on the family’s summer activities see Fun and Games in People of the Pink House. 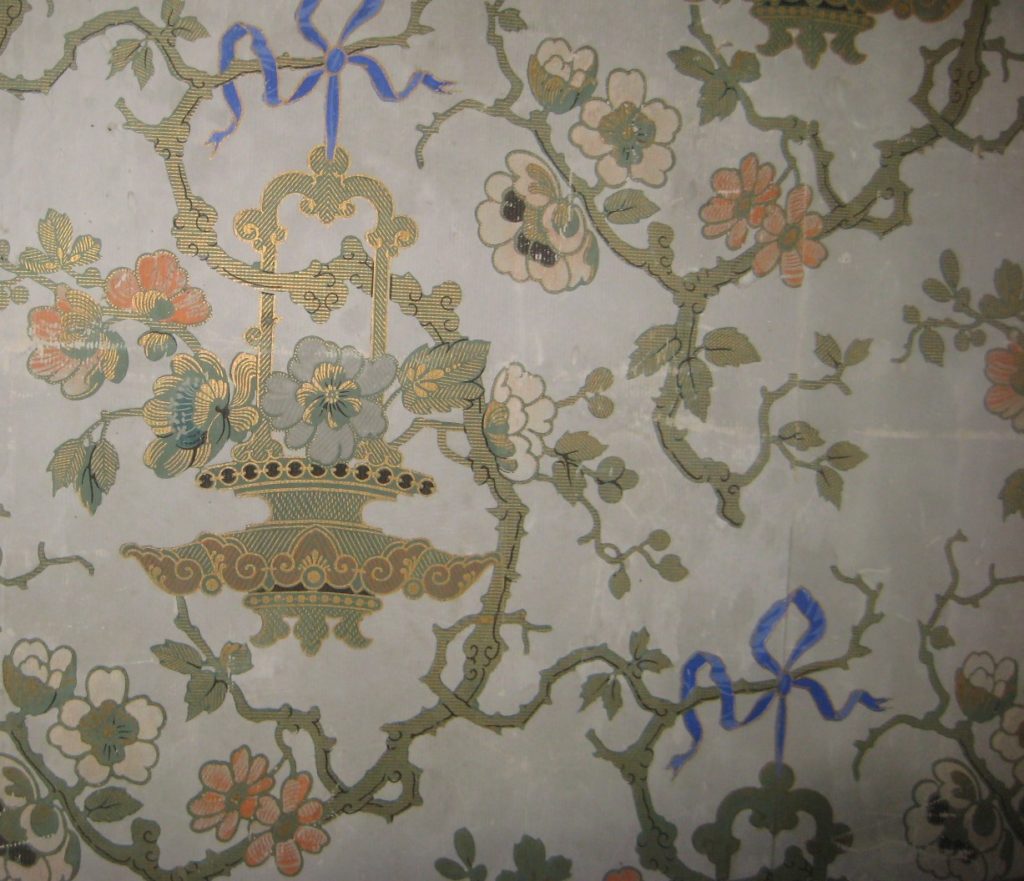 The wallpaper in Ned’s room was likely added around 1865-70 after Ellen and Henry married.