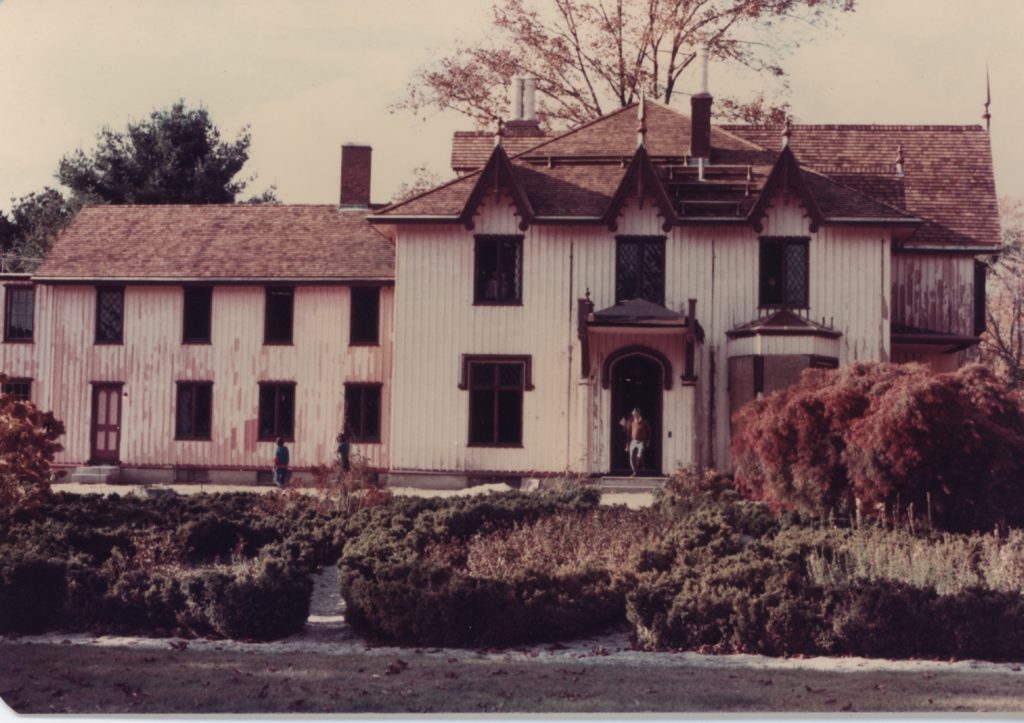 Historic New England acquired Roseland Cottage in 1970 when Constance Holt, granddaughter of Henry and Lucy and the last family member to live in the house, died. The house was purchased from the family, the contents were donated. Roseland was in serious need of preservation. The original roof drainage system was designed with an internal downspout and pipe system which funneled rain water from the roof to the basement cisterns. While the system was sophisticated for its time, corrosion and age left it ineffective. Though Miss Holt made few changes in the house, took pride in it, and maintained its general appearance, over the decades water caused not only obvious surface damage, but seriously undermined the foundation, causing significant structural damage.