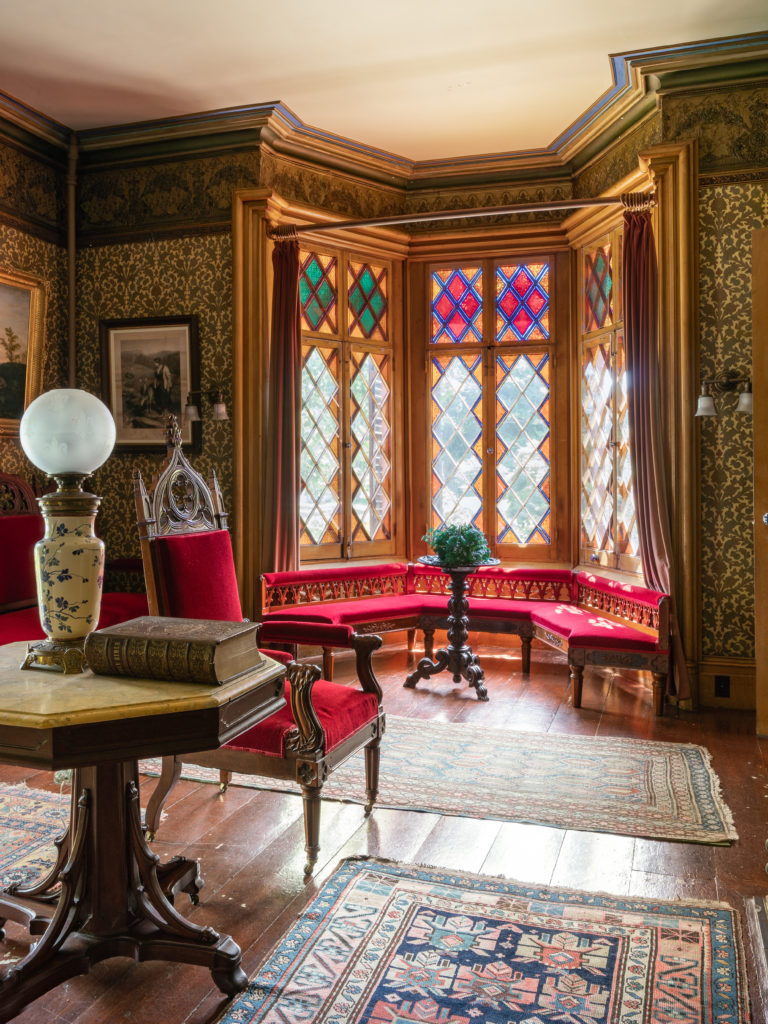 The parlors at Roseland Cottage were used for formal entertainments and informal family gatherings that included cousin parties, dinner parties, and tea parties. The family played parlor games like charades, entertained each other with dramatic tableaus, and read books and poetry together. Clarence tells of a dinner party where several members of the family entertained guests on the piano, violin, cello, and flute. One thing they never did, however, was play cards. Nor did they have after dinner brandies or smoke cigars while Henry Bowen was alive. This note, written by him in 1889 and left in the parlor, demonstrates his dedication to temperance, prohibiting smoking and card playing on what he called his “premises.” 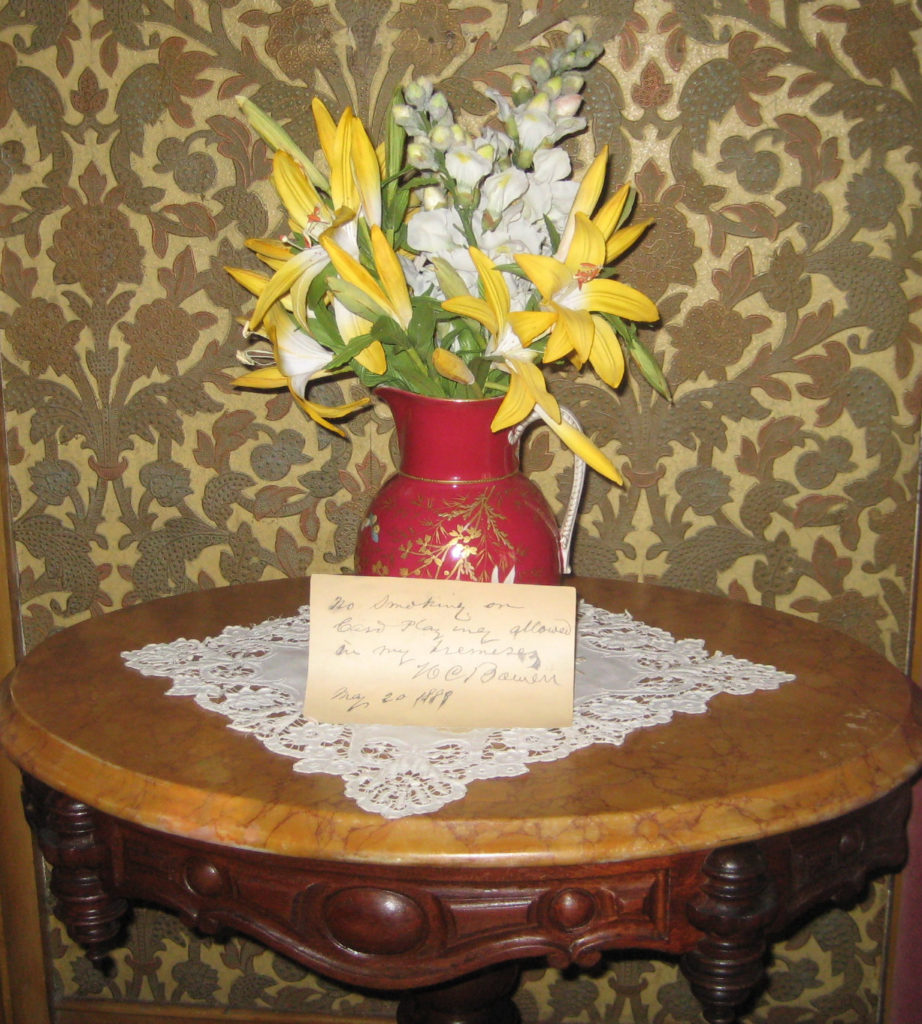 The parlors, like the other public rooms, reflect the redecoration of the cottage in the 1880s. The Lincrusta wall covering, the stained glass, the medallions in the ceiling, new tiles around the fireplace and other elements that reflected Aesthetic Movement design were added. But many Gothic details were kept.