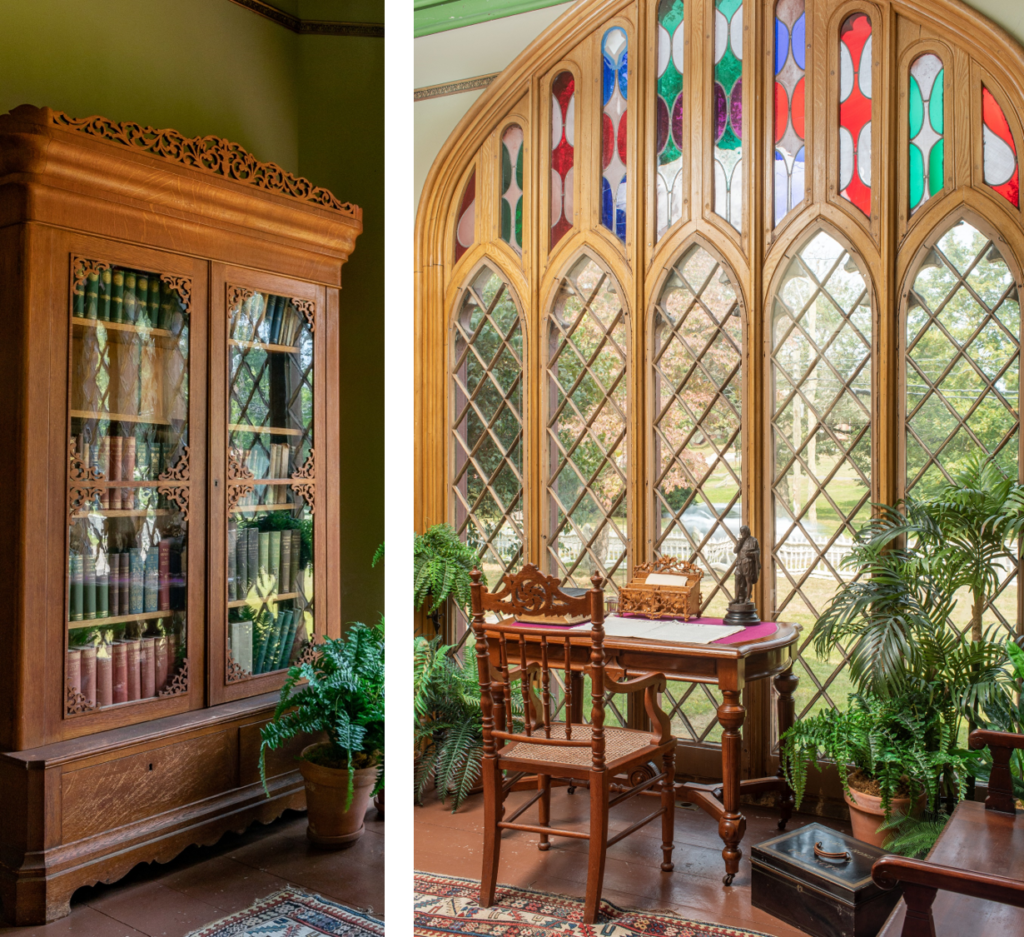 This room was originally a conservatory. Later, it doubled as a library, as the family grew and rooms were used differently than originally intended. Henry Bowen may have used it as an office when he was able to leave Brooklyn, New York, and join the family in Woodstock. This stained glass—so different from that in the parlors and hall—is part of the original construction of the cottage, and has been in place since 1846. It is one of the earliest instances in the country of domestically produced stained glass installed in a residence. The book on the desk is a Worcester Dictionary which was offered as a premium for referring subscribers to The Independent, Bowen’s newspaper. A copy of that newspaper is on the desk. 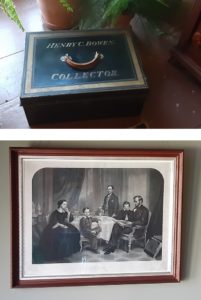 The Lincolns knew Bowen’s reputation as a reformer because they read his newspaper The Independent. Though Mary Todd was the subscriber, Abraham said he read it every week. Bowen was familiar with Lincoln because he had represented Bowen’s business in Illinois, and because of the Lincoln-Douglas debates. Bowen would later write that he believed Lincoln had “a brilliant political future of great value to the Republican Party.” This engraving, The Lincoln Family in 1861, belonged to the Bowens and hangs here at Roseland Cottage.