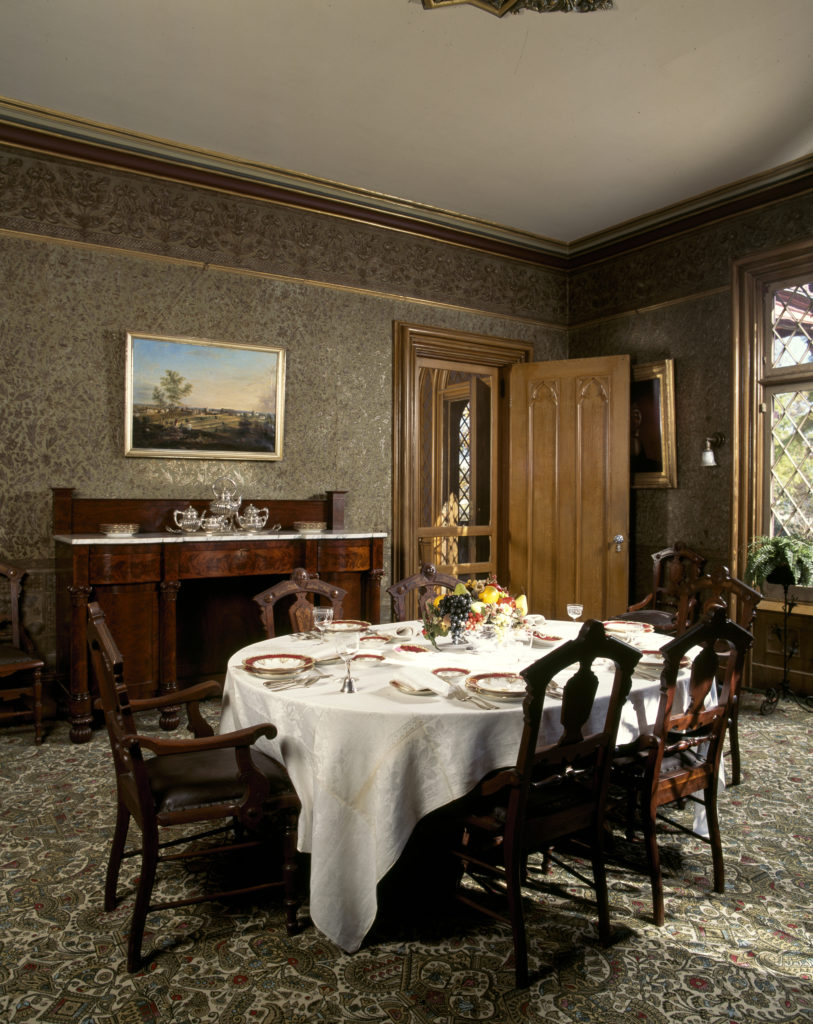 After the 1880s redecoration, the dining room was an impressive place: the room had a lovely view of the garden, dinner was served on monogrammed French china, new tiles framed the Italian marble fireplace, and Henry Bowen’s portrait, hanging over the mantel, presided. A butler’s pantry had been carved out of the kitchen space when additions were made to the cottage in the 1870s, which may have been when a screen door was added between the hall and dining room. 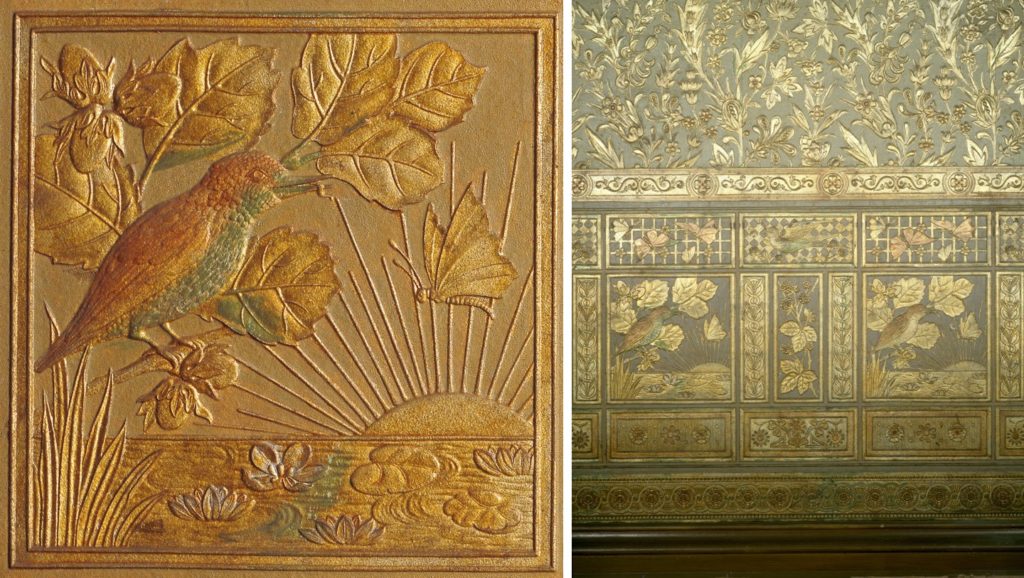 Perhaps most notably, Lincrusta-Walton was installed in the dining room and the rest of the public rooms as part of the redecoration. The process was developed in England by Fredric Walton in 1877, but Roseland’s Lincrusta was manufactured in the Stamford, Connecticut, factory of Frederick Beck & Co., which held the American patent. The Lincrusta in the dining room, with its combination of natural elements and stylized foliate and geometric decorative motifs is an Aesthetic Movement tour de force. Designers in this period were fearless in their determination to layer pattern, texture, and color.

The picture on the left shows a portion of Lincrusta that was behind a large buffet and so protected from the dulling effects of age, oxidation, and years of cleaning. For more information on Lincrusta, see the sections on Architecture, Style, and Design: Interiors, and Preservation: Interior Preservation.

Roseland Cottage’s dining room has a screen door between it and the entrance hall. Screens like this were not generally available until the 1870s, so it would not have been part of the original furnishings of the cottage. When screens did become available, perhaps it was added here to allow the house to be opened for fresh air, but to keep insects out of the dining room.

The tiles in this Italian marble fireplace were added in the 1880s and like the tiles in the south and north parlors, feature birds. For a close look at the hearth tiles, see the Details of the Dining Room gallery, below.

Details of the Dining Room 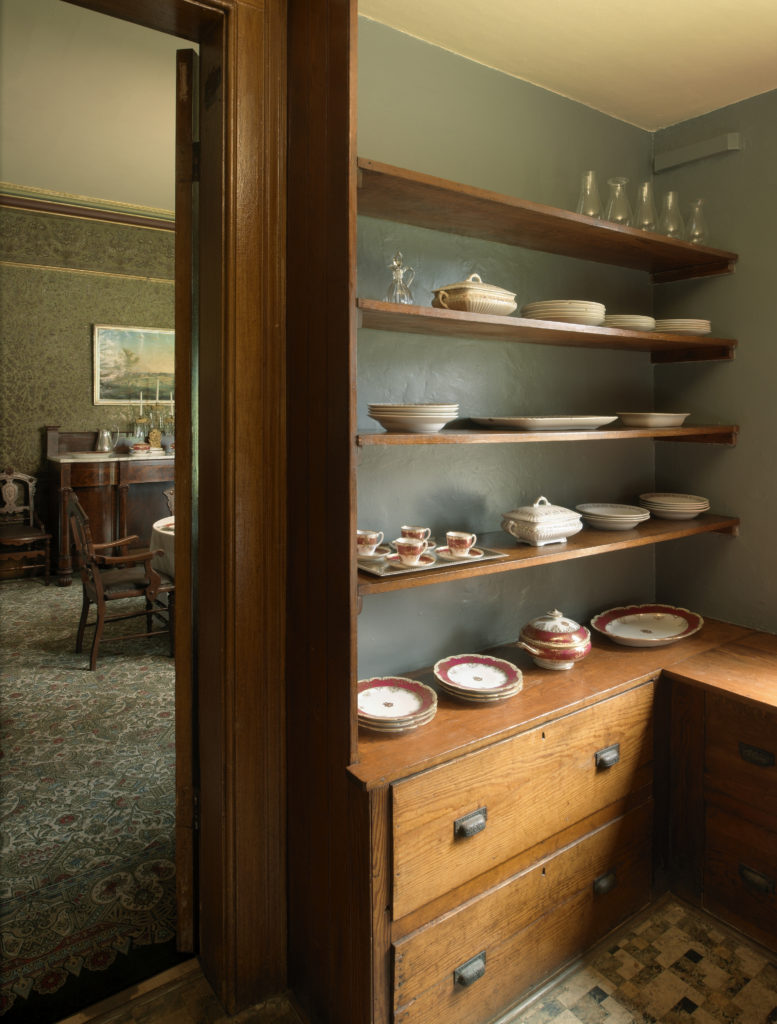 The butler’s pantry served as a buffer between the hot, bustling, and fragrant kitchen and the elegant and relaxed dining room. It also provided a space for servers to plate food and to remove and rinse dishes. Roseland Cottage’s pantry, carved out of kitchen space, was added in the 1870s when the cottage was expanded.

The Palace Crawford stove, viewable from the butler’s pantry at Roseland Cottage, was patented in 1907 and probably installed at Roseland shortly after that date. It was coal and wood fired, and had an integrated water heating element that connected to the copper hot water tank, on the right. This view is from the kitchen side of the stove, which is now office space. The door to the butler’s pantry is on the right.