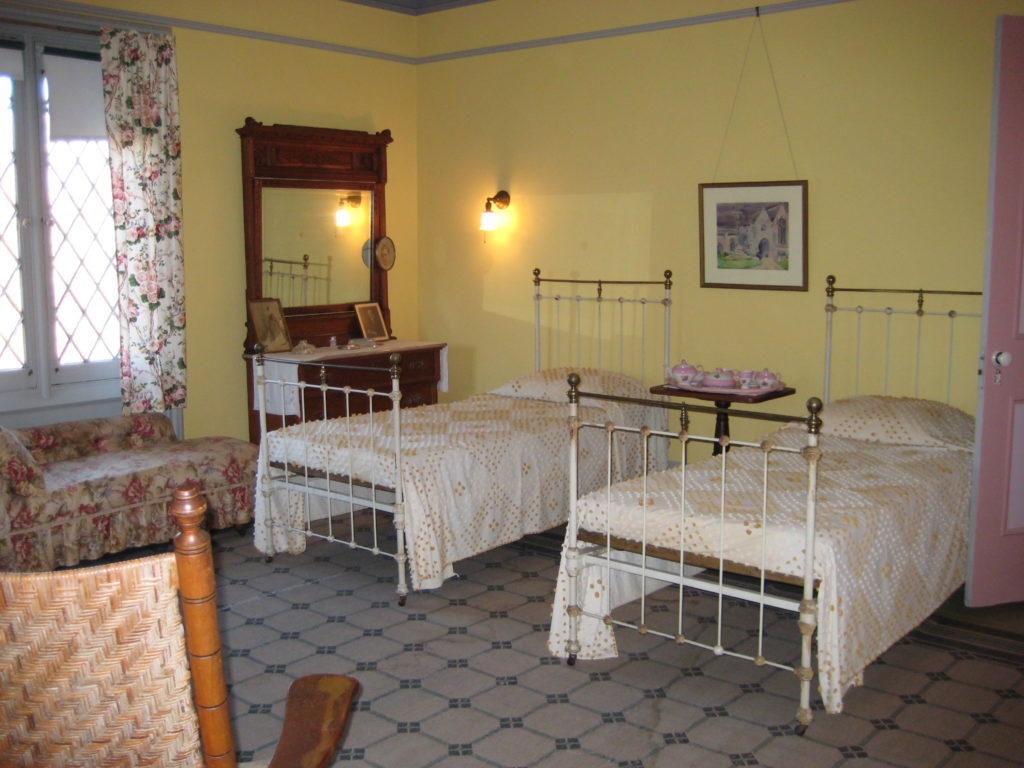 Constance Holt was the granddaughter of Henry and Lucy, the daughter of their oldest daughter Mary. Through a complicated series of deaths and bequests, Roseland Cottage came to Mary. She left Roseland to her son Henry Holt, with the stipulation that her daughters (his sisters) be allowed to live there until they married. Miss Constance never married. She lived in the house until 1968, when she died at the age of 89. At that time the house was purchased by Historic New England with the help of local and state agencies, and has been opened as a museum since 1970. Miss Constance, as she is referred to by current Historic New England staff, was known in Woodstock as the Great Lady of Roseland. 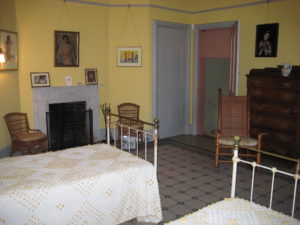 Second floor access from the servants’ hall, access to the staff rooms, and to and from the kitchen on the first floor was through the door on the right of the photo. Miss Constance’s portrait and her cherubic likeness are visible in the fireplace nook.