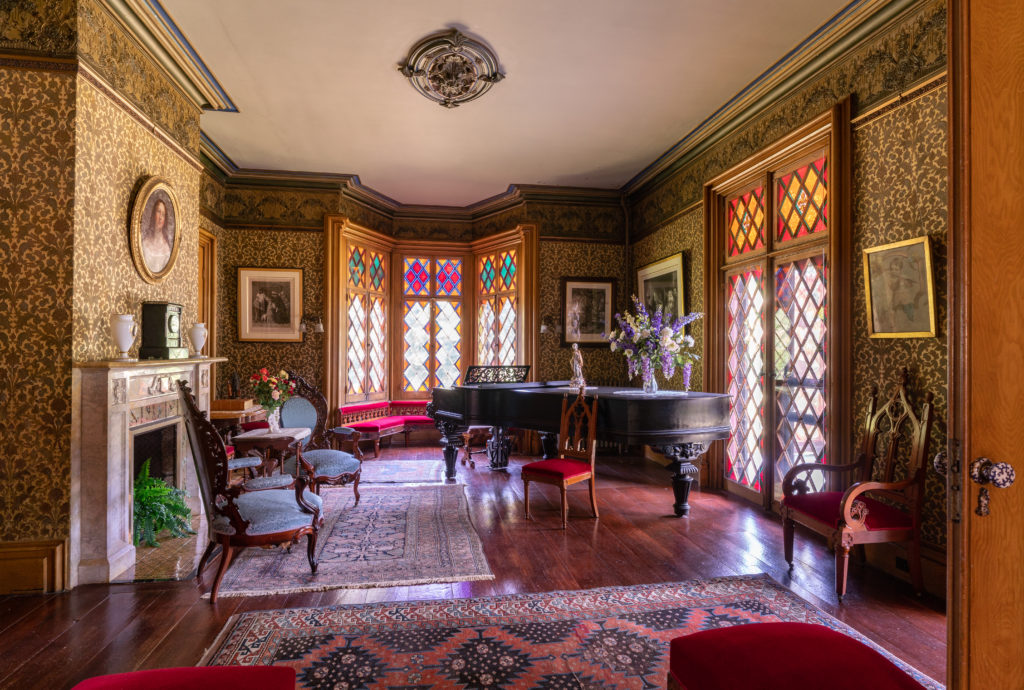 The north parlor is a mirror image of the south parlor, with the same stained glass and other physical attributes. Double parlors like these were common in Gothic Revival houses. The pocket doors between the parlors could be closed, separating them into two distinct rooms which allowed for privacy and divided spaces in which to socialize. This was the era of separate spheres—men and women often socialized apart from one another.

As in the other public rooms, Lincrusta-Walton was installed in the north and south parlors in the 1880s. While other rooms in Roseland Cottage have Lincrusta wallcovering that has three parts, a dado paper, fill, and frieze, the parlors were installed without the dado, a style that was more fashionable in the 1890s. For more information on the Lincrusta, see Architecture, Design, & Style: Interiors. 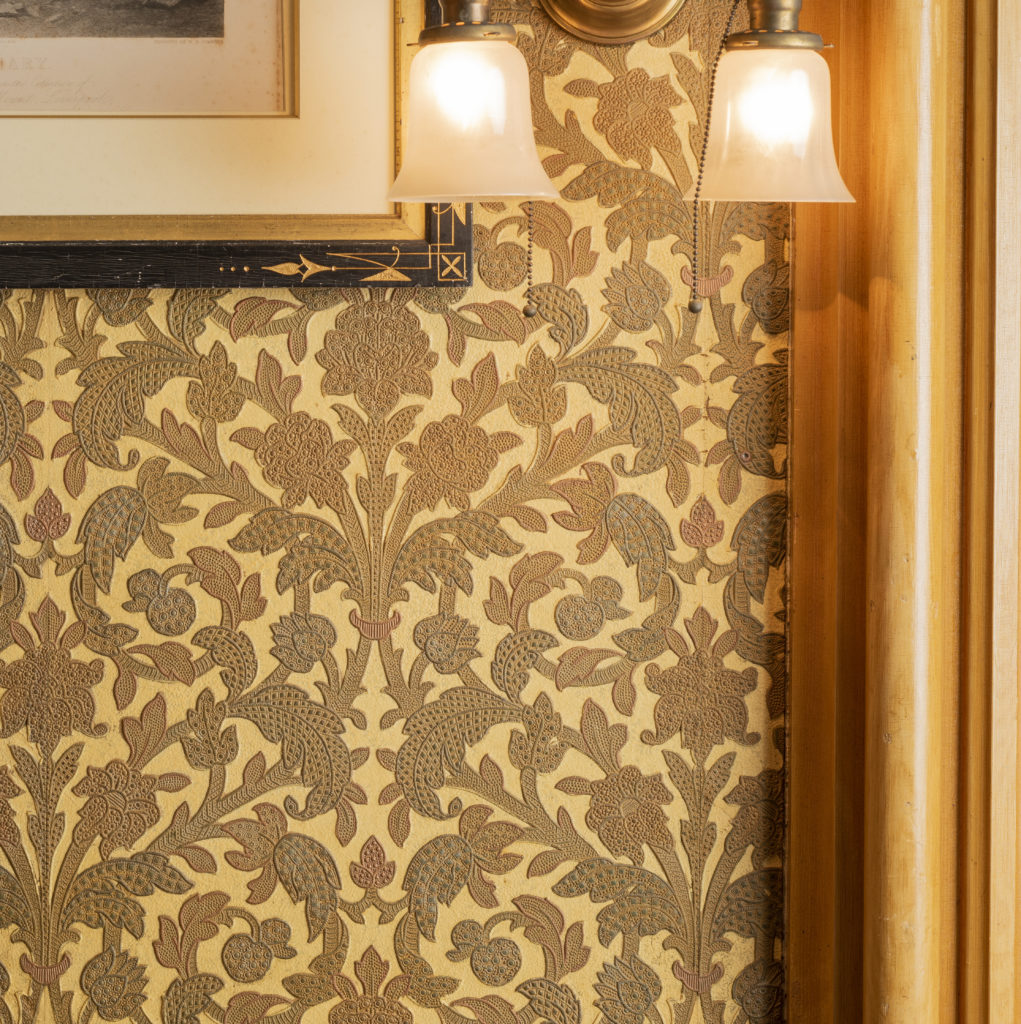 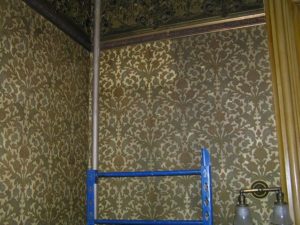 As part of a major preservation project in the early 2000s, the lincrusta was cleaned, stabilized, and repaired where necessary. The most striking contrast, before and after cleaning, was in the parlors, as this photo shows. For more information on preservation of the Lincrusta, see Preservation: Interior.

Henry and Lucy Bowen furnished the double parlors in their Brooklyn Heights home with at least four of these elaborate carved chairs. They’re in a style known as the Rococo Revival, popular in the 1840s and 50s in America and noted for elaborate carving and curved legs. The most well-known maker of Rococo Revival furniture was John Henry Belter, a German immigrant who set up shop in what is now the Upper East Side of Manhattan and found a strong clientele among the city’s wealthy industrialists. Belter patented a method of laminating and steaming wood that enabled this type of over-the-top carving without compromising the overall structure of the piece.

Mourning Portrait of Lucy Tap IMAGE for info
Carpet Remnant
Washington's Centennial Commemorated
Trefoil Triangle
Hamilton Holt, Grandson
Back Back
Back
Thanks for signing up!