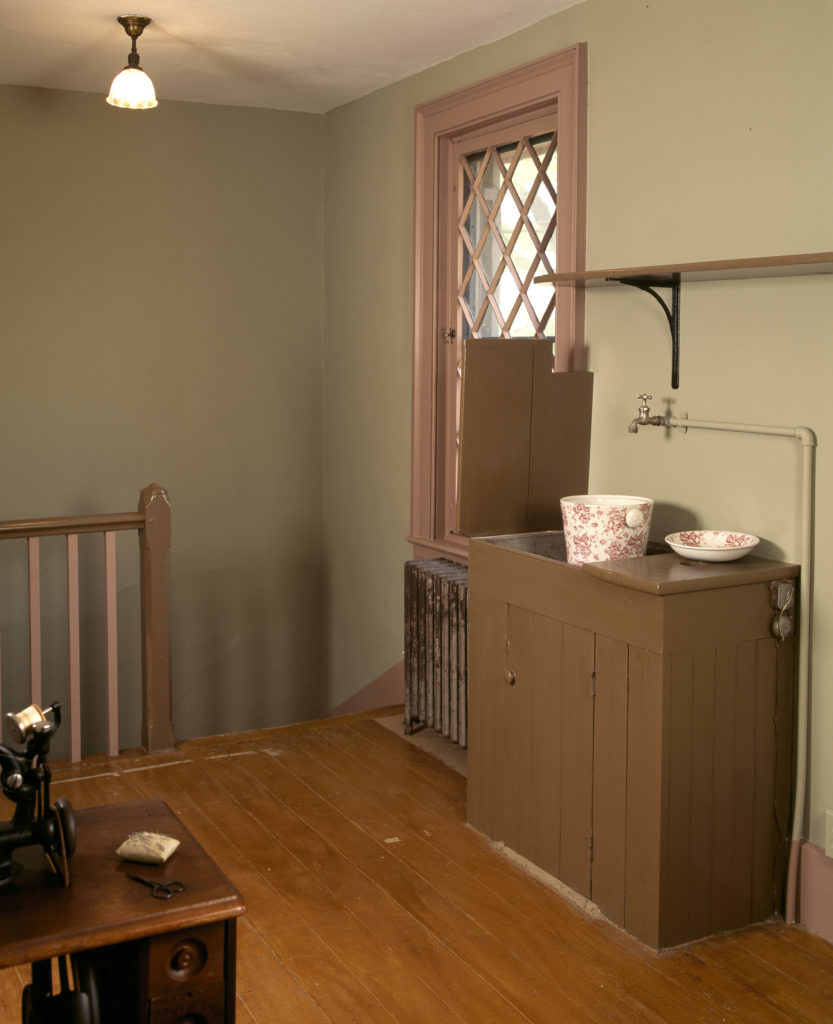 This space was part of the service wing of the house and was primarily the domain of the staff. The family’s relaxed summer lifestyle was made possible by the hard work of the staff. This area provided them a work space and a connection between the kitchen on the first floor and the second floor through Miss Constance’s room. The servants’ rooms all open into this space. Perhaps it served as a gathering place, as well. The hall is finished very simply compared to the family and public parts of the house, with a lower ceiling, simpler paint scheme, and steep stairs with no banister. Gothic Revival elements still persist—note the pointed arches on the doors—though simpler in design than in the main public portion of the cottage. 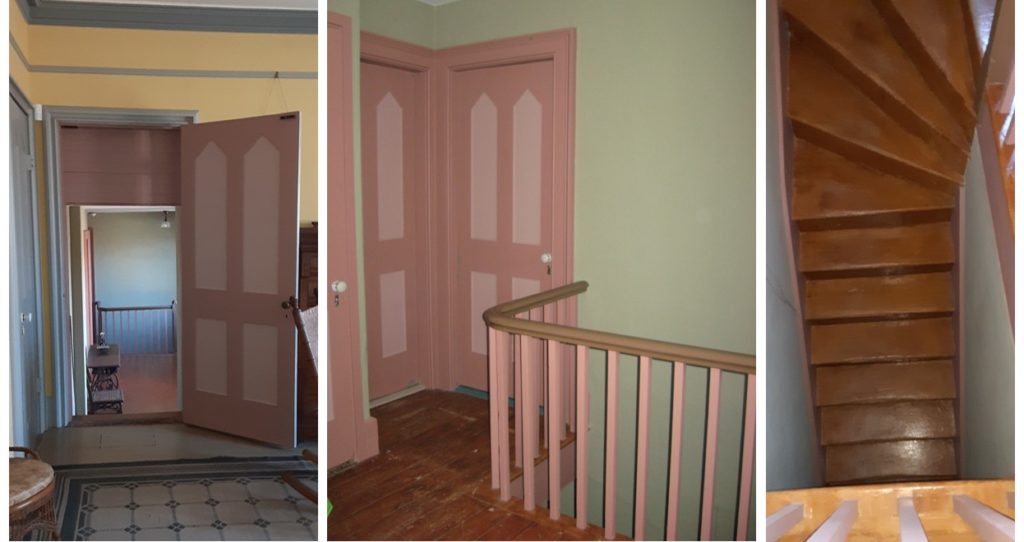 Jane Stuart was employed by the Bowens for fifty years, from shortly after she arrived in the United States from Ireland until she retired. This photo was taken on the front steps of the cottage, with a family pet at Miss Stuart’s feet. We are not certain what her role was in the household, but on the last census report that mentions her, she is listed as a seamstress. Perhaps she used this 1871 Willcox and Gibbs sewing machine, now in the Servants’ Hall at Roseland Cottage. 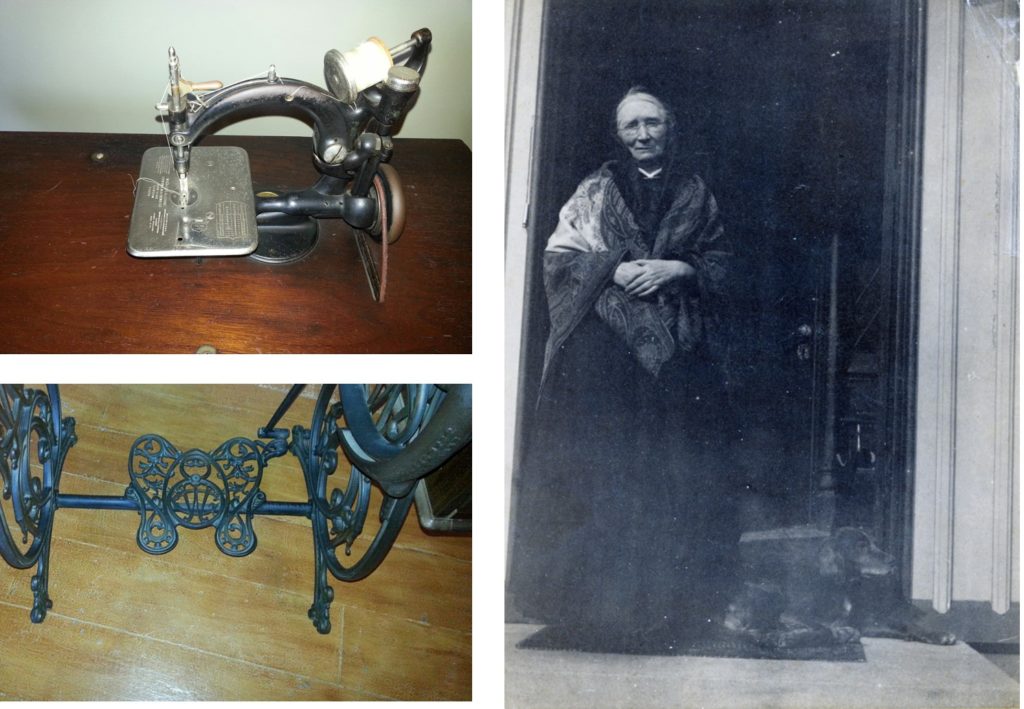