Roseland Cottage, like many summer homes in the country, included a barn and other structures that supported country living. The Bowens raised fruits and vegetables and some farm animals, for their use in Woodstock and at their home in Brooklyn. The barn was the center of this activity. Originally it contained a carriage room and hayloft—just the space under the north gable. Lucy’s and Henry’s sons were expected to contribute their labor to the enterprise. Clarence and Herbert wrote about loading hay in the loft through the big five-sided door under the gable, shown here. Note the Gothic barge board, complete with stylized pointed arches. 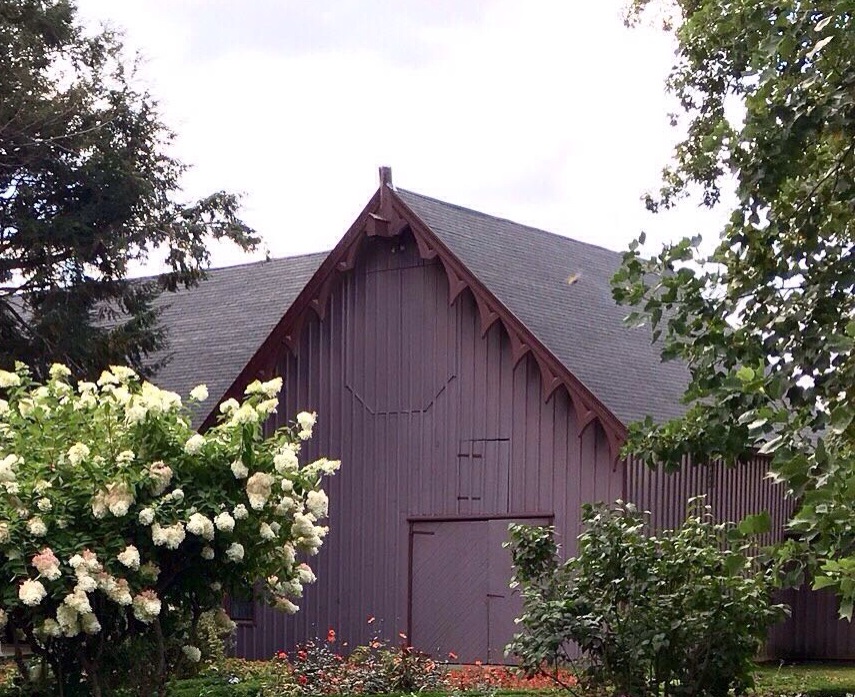 This Woodstock landscape by J.J. Sawyer, of picnickers on a hill above Roseland Cottage, shows the house and the barn from the rear, before additions were made. The ell attached to the barn is Roseland Cottage’s famous bowling alley—the oldest remaining one in the country—built in 1846 when the house was built. This landscape now hangs in the dining room of Roseland Cottage.

Henry Bowen was explicit: “A Bowling Alley, to be laid in the best manner with yellow pine plank, leveled with a spirit level and planed off all over with a smoothing plane, the plank to be laid edgeways to be 3 inches wide. Proper gutters to be formed on each side of the Alley and proper leader to be made on the side for conveying the ball back.” Our alley is a little over fifty-three feet long— ten feet shorter than today’s standard bowling alleys.

Ten pin bowling, which was very popular in the 1840s, replaced nine pin bowling in 1841 when nine pin was banned in Connecticut because of its association with gambling and drinking. In short, with a little Yankee ingenuity, they just added another pin to get around the law.

Roseland Cottage’s bowling alley is certainly not the first in the country, but it is the oldest one that remains.

For more information and pictures of the bowling alley, see Locations: Outbuildings and Gardens, Barn section. 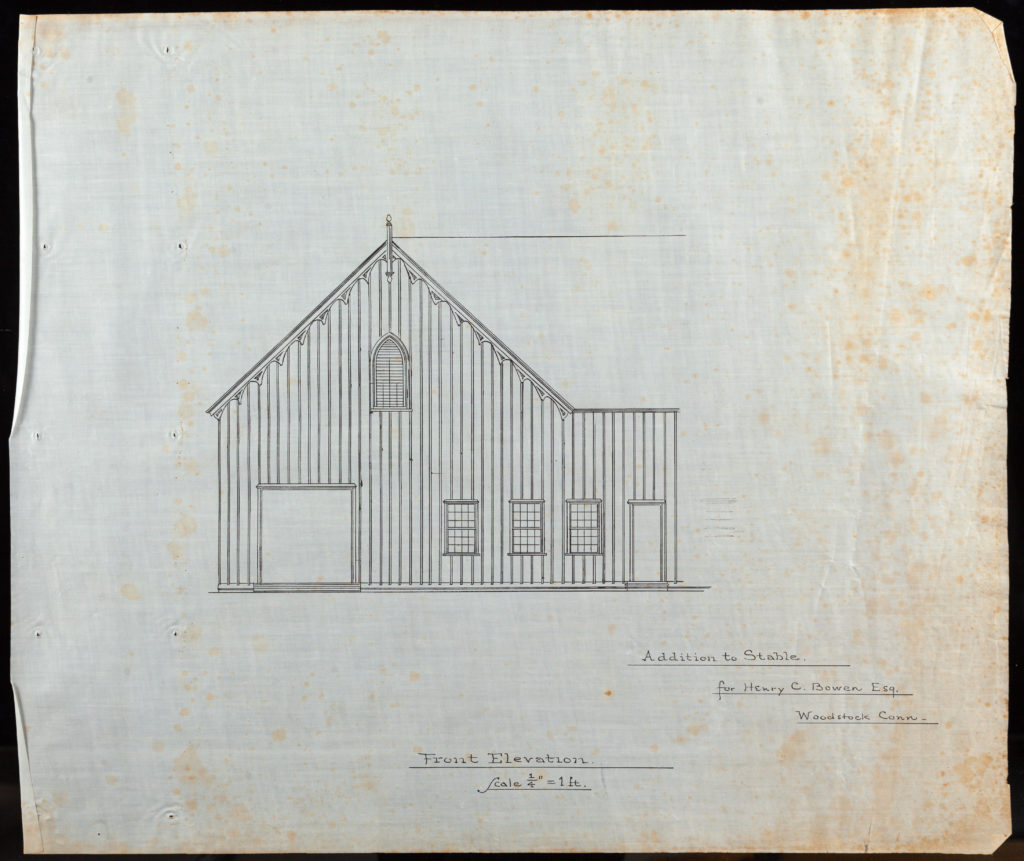 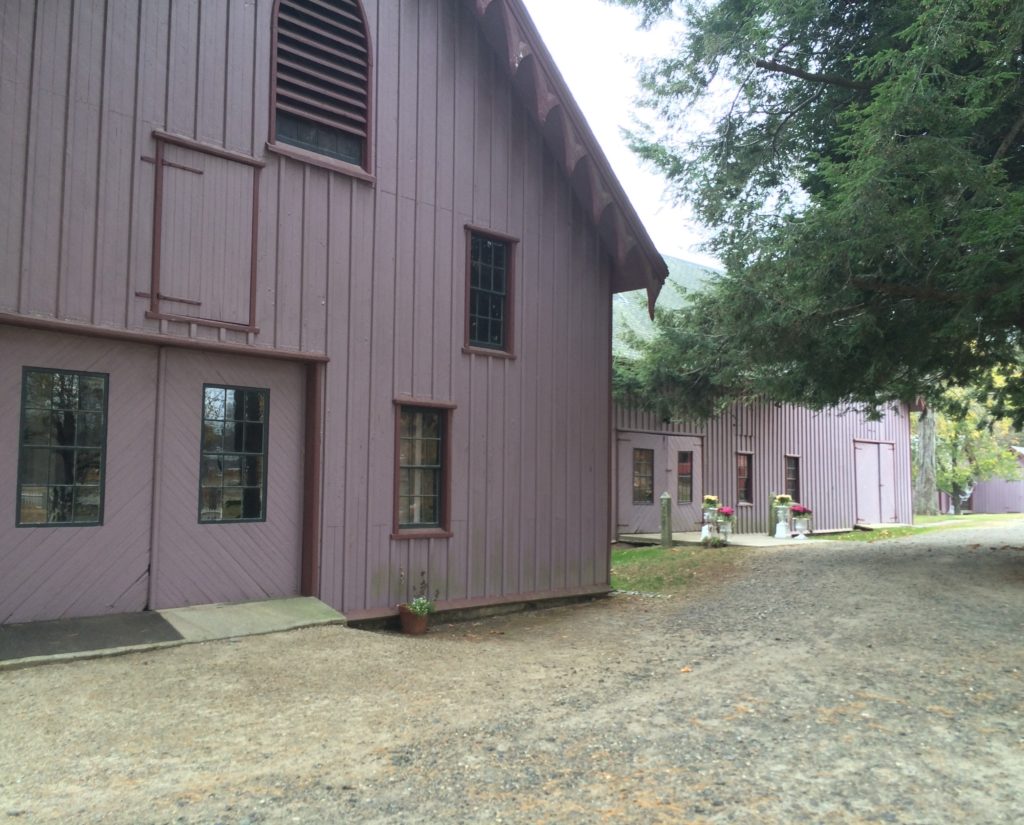 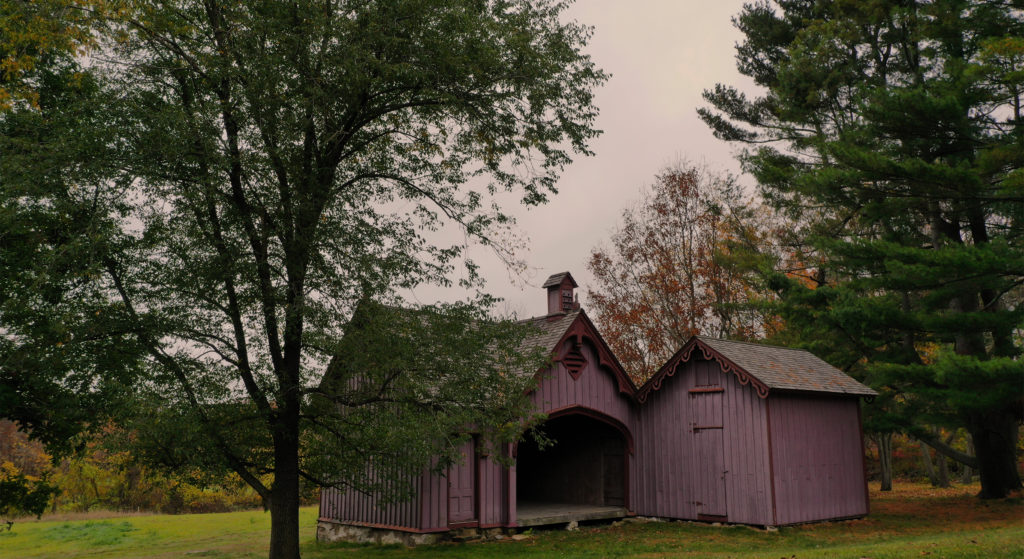 Necessary to the smooth operation of Roseland Cottage were the woodshed, ice house, solarium, and the other rooms of what we now call The Outbuilding, or Woodshed Complex. These rooms are only on view to the public when we tour Behind the Scenes.