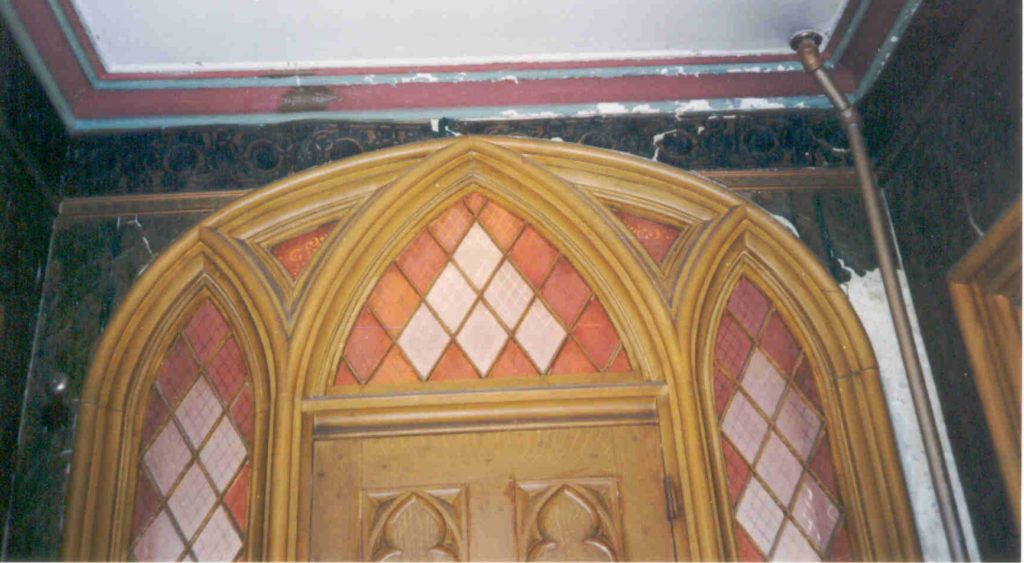 Constance Holt, the last Bowen to live at Roseland Cottage, kept the cottage in a condition that allowed Historic New England, after two years of intensive work, to share the house with the public. But there were some changes that had been made to the interior that concealed distinguishing characteristics. Though Miss Holt never removed or painted over Roseland Cottage’s Gilded Age wall covering, cornices were repainted, ceilings were dropped, and other changes were made over the course of the years. Preservation is an ongoing process at Roseland Cottage. Here is a sampling of Historic New England’s projects. 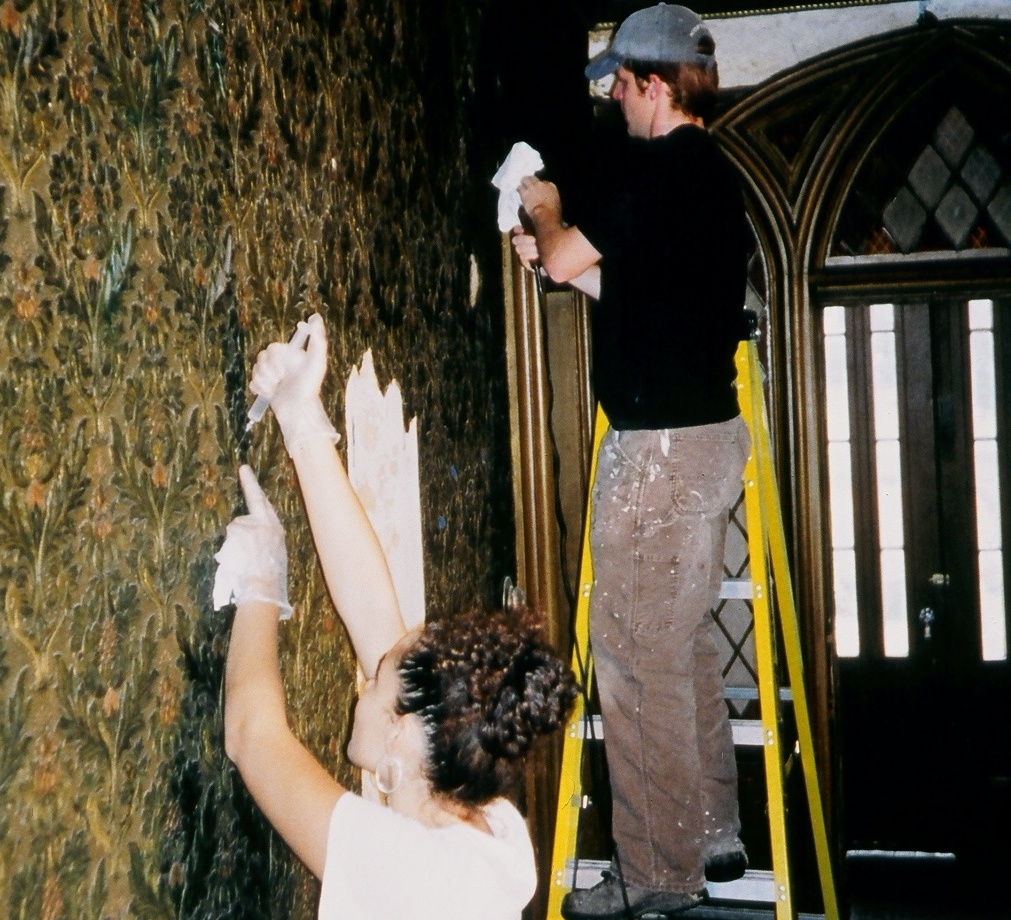 Though Lincrusta was advertised as indestructible, after 120 years, Roseland’s was in need of restoration. It is one of the special features of Roseland Cottage’s interior, not only because it is one of the most extensive remaining installations in the world, but also because Roseland Cottage is one of the few places where visitors can see the Lincrusta in its original setting, and with original surface coverings. But those surfaces suffered over the years. Materials became brittle and discolored with age. Significant plaster failure in the hall and dining room, soiling from a coal furnace, and well-meaning but misguided repairs perhaps from Miss Holt’s time, had taken their toll. In the early 2000s, as part of major preservation work at Roseland Cottage, a team of conservators worked to stabilize the existing Lincrusta, replace areas that were too badly damaged to save, and match the appearance of the new portions with the remaining original Lincrusta. For more information on Roseland Cottage’s Lincrusta, see  the Architecture, Design, and Style: Interiors section.