The Return of the Fourth of July 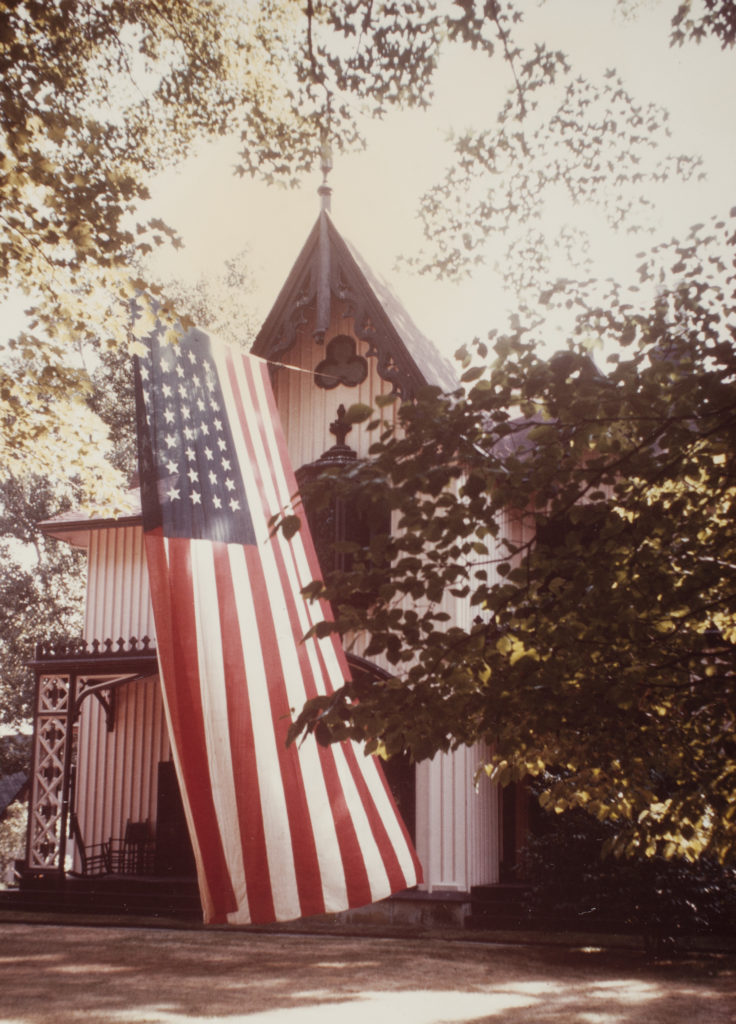 1n 1870, Henry Bowen revived the early-nineteenth century tradition of celebrating Independence Day with patriotic orations and fireworks. For twenty-five years, annual commemorations focused the country’s attention on Bowen’s beloved Woodstock. Roseland Cottage, across from the Woodstock town common was a fitting site for the grand affairs. Thousands filled the grounds at Roseland Cottage and Woodstock Common across the road. Four presidents, a long list of senators, congressmen, governors, foreign dignitaries, and other political, literary, and social luminaries participated in the day’s events. Newspapers from around the country covered the celebrations, and Bowen’s reputation stretched from coast to coast. The Los Angeles Times in 1886 suggested that the country should look to Henry C. Bowen in Woodstock, Connecticut, to learn how to celebrate Independence Day. This immense flag with thirty-eight stars was part of the decorations, and was flown at Roseland Cottage well into the 1960s.

Celebrations through the Years

In Honor of Past Guests