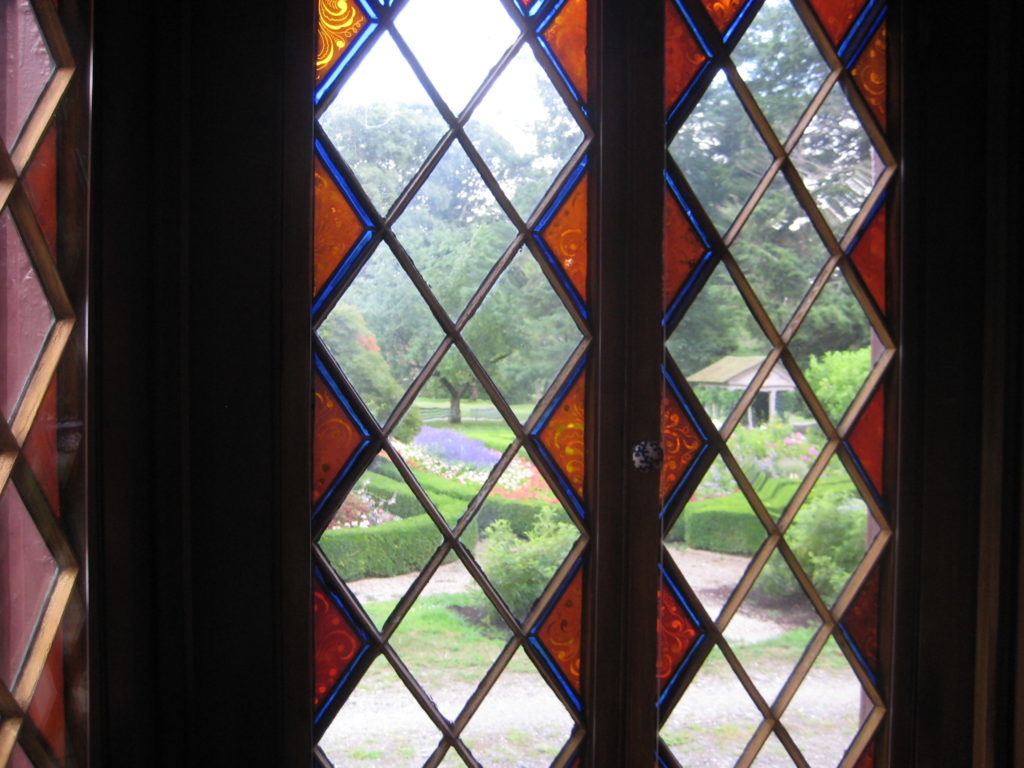 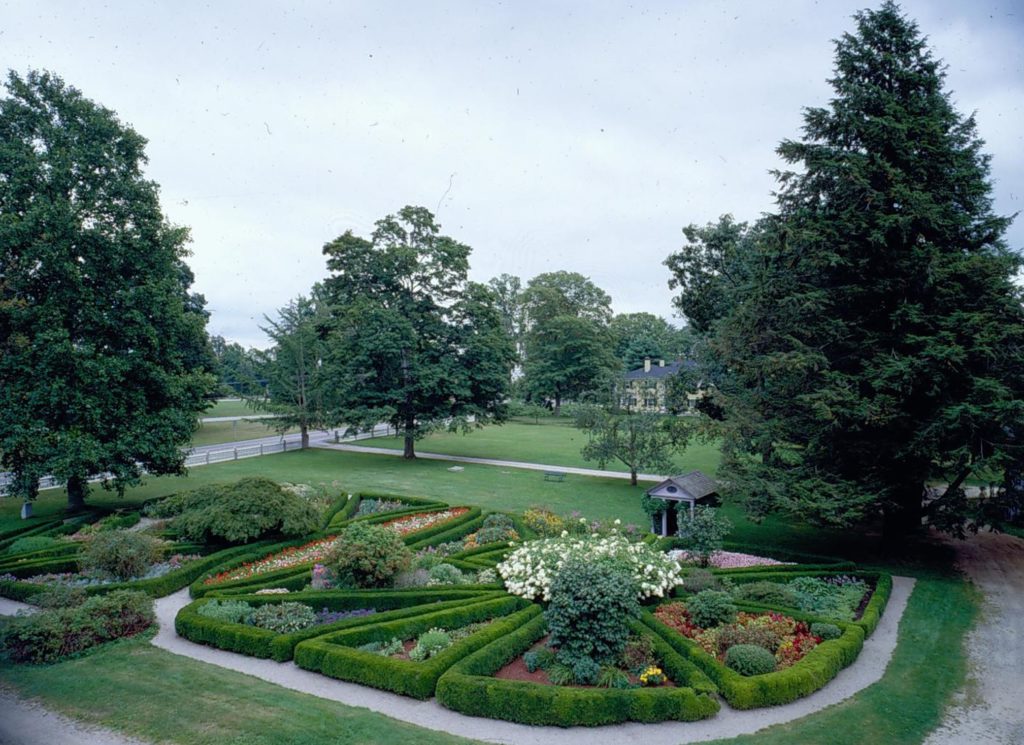 In the interest of healthy soil, we shift flowers from bed to bed each year, while still maintaining the historical nature of the garden. For instance, almost every year geraniums are planted in the center bed, but even that had to be changed for a few years, as the geraniums became susceptible to disease. This map and the sampling of flowers represents typical plantings in some of the twenty-one beds, each framed by dwarf English boxwood. 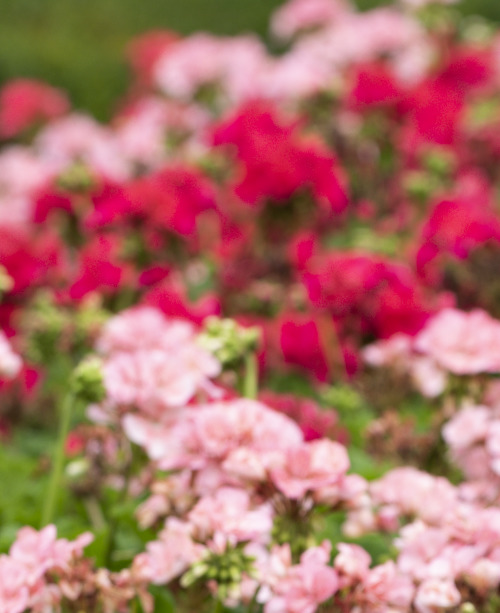 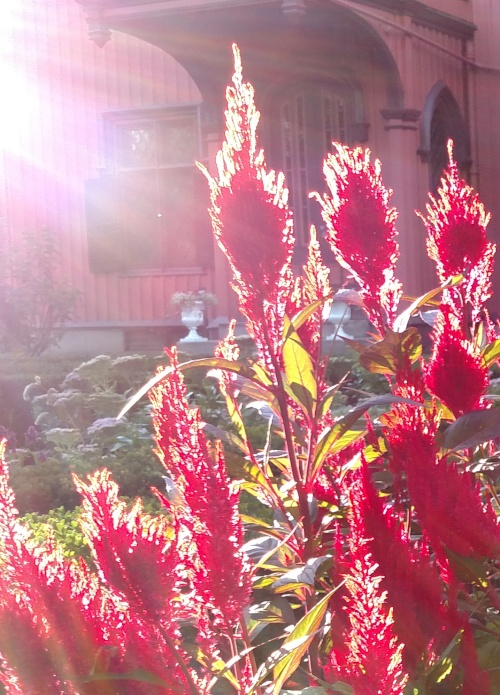 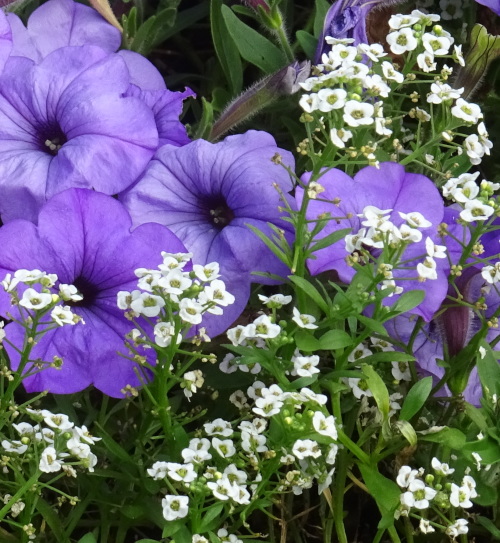 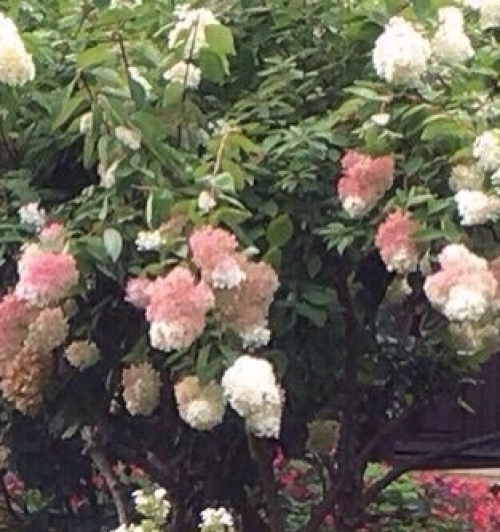 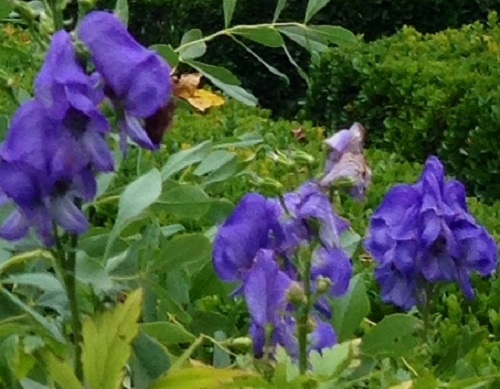 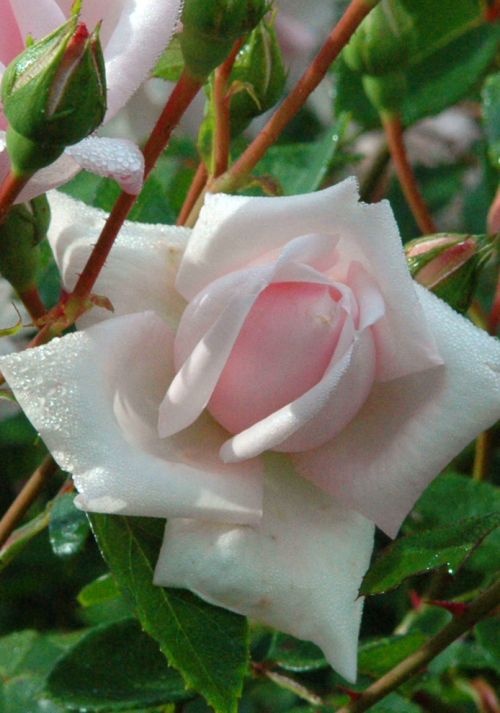 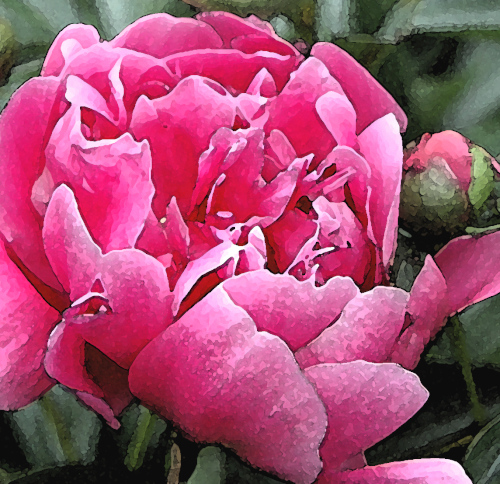 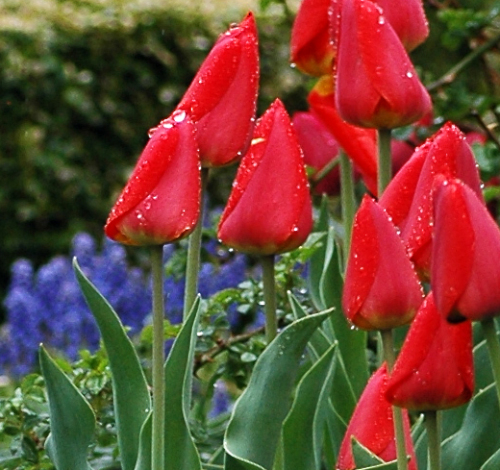 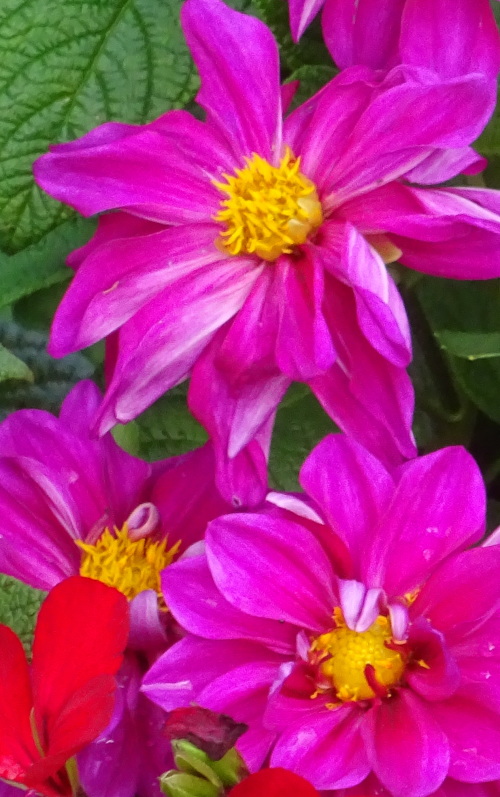 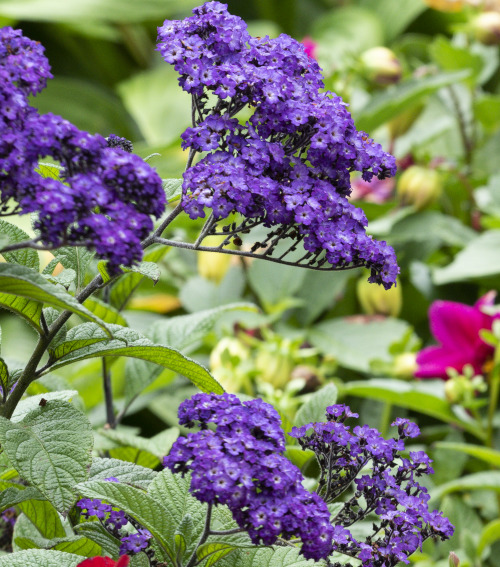 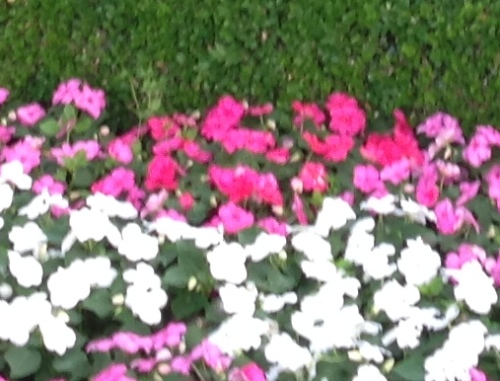 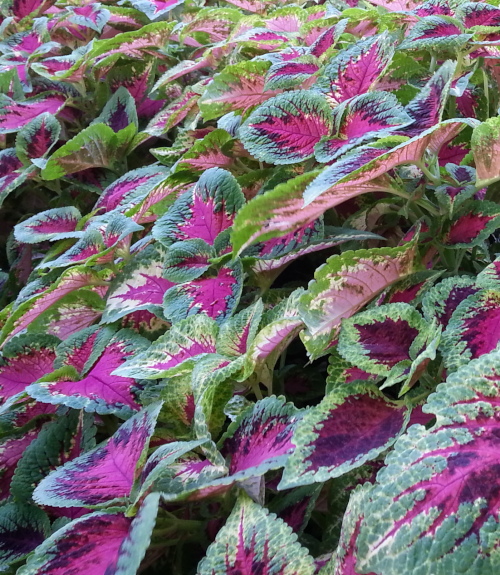 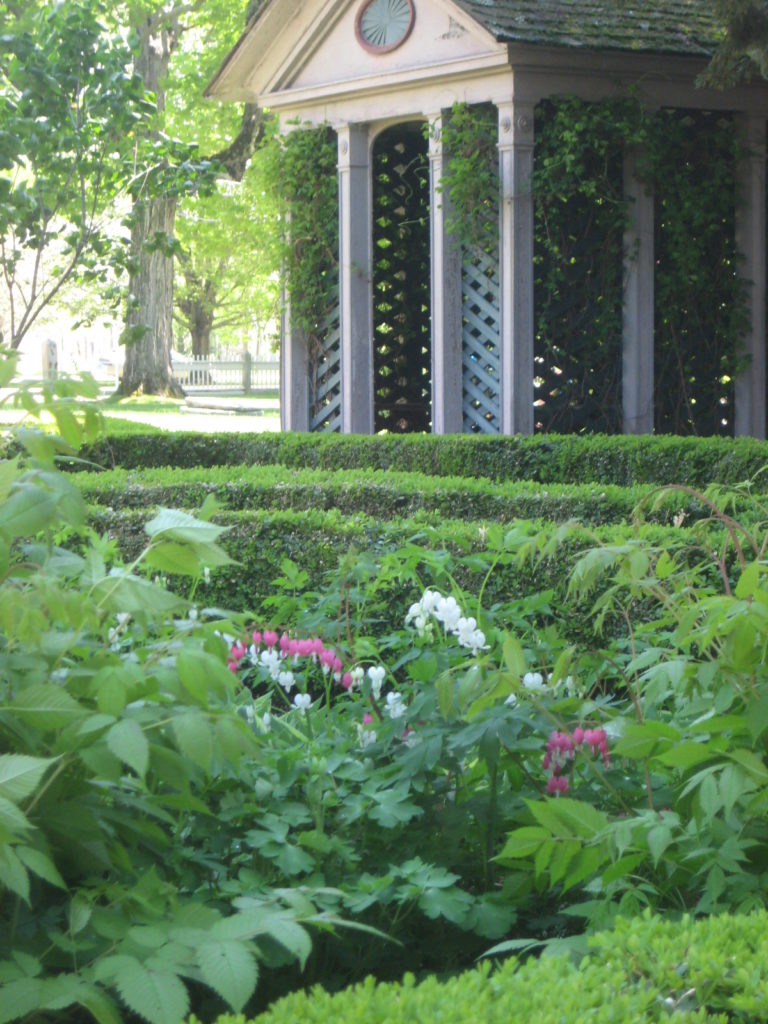 In the 1920s, the family added a small garden house in the form of a Greek temple. It’s planted with a five leaf akebia vine that blooms with fragrant blossoms in the early spring. 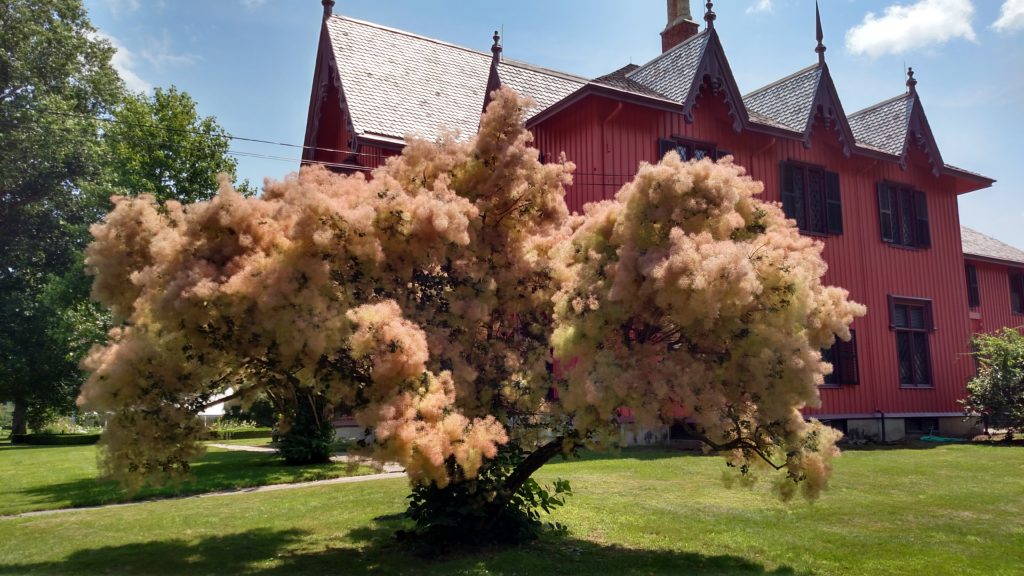 After the house was complete, landscaping began in earnest. The most important feature of a country place, according to Andrew Jackson Downing, were trees, and hundreds were delivered. Roseland Cottage has records showing as many as five hundred trees in a single order, including maples, hemlocks, linden, larch, chestnut, poplar, fir, sycamore, pine, and elm. Shown above is a smoke bush in full bloom. It was not uncommon for people to grow fruits and vegetables at their summer houses, and Bowen’s list of those trees is impressive, too. Roseland Cottage’s output provided fresh produce for up to nine months of the year. The J. J. Sawyer painting which overlooks the cottage from the rear, shows a tidy orchard laid out behind the house. 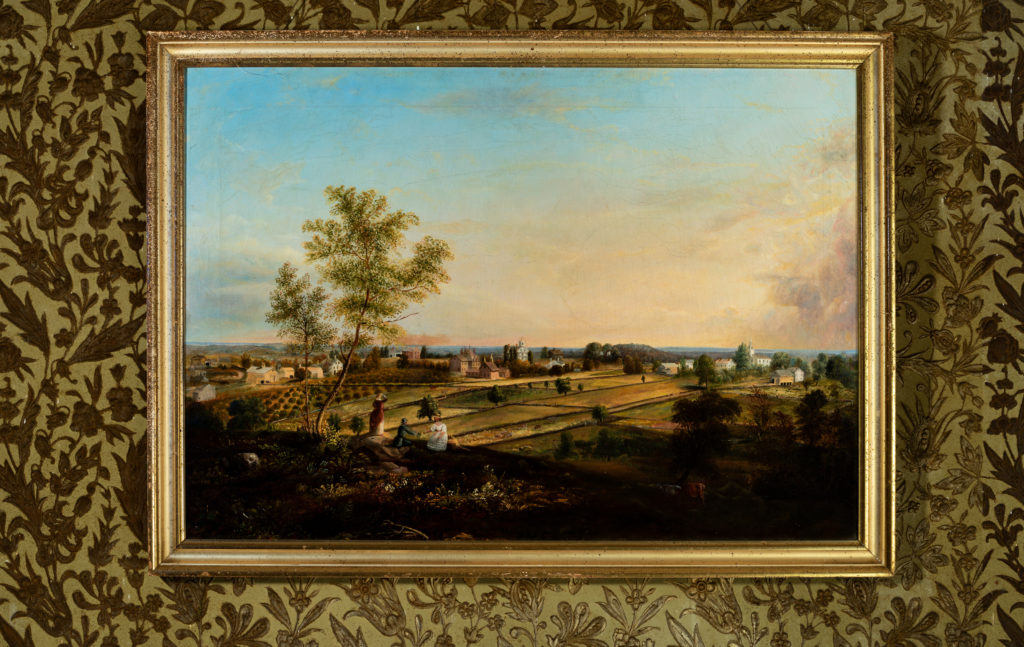