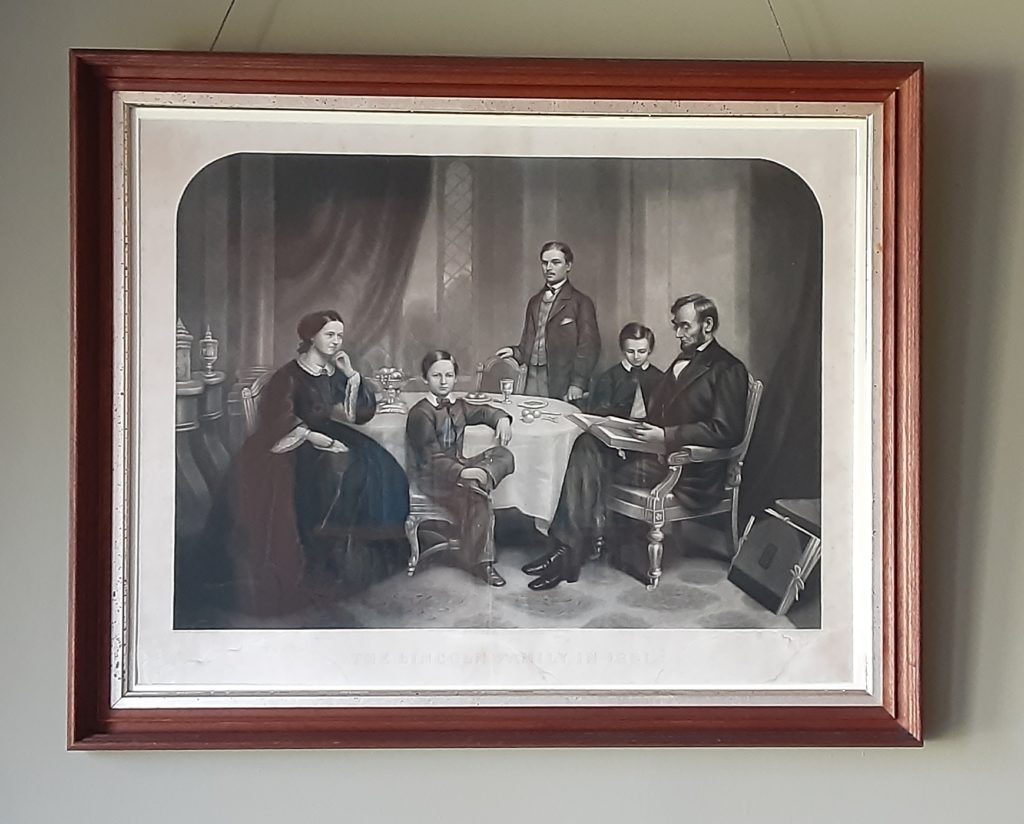 The Lincolns knew Bowen’s reputation as a reformer because they read his newspaper The Independent. Mary Todd was the subscriber, but her husband Abraham said he read it every week. Bowen was familiar with Lincoln because he had represented Bowen’s business in legal matters in the west, and because of the Lincoln-Douglas debates. Bowen would later write that he believed Lincoln had “a brilliant political future of great value to the Republican Party.” This engraving, The Lincoln Family in 1861, belonged to the Bowens and now hangs in the conservatory at Roseland Cottage.